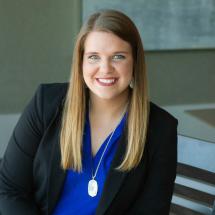 Caralisa Connell is an associate with Manier & Herod practicing primarily in the areas of surety law, fidelity law, construction, and general insurance coverage and litigation. In 2014, Ms. Connell received her Bachelor of Science in Physics from the University of Louisville where she was a member of the nationally ranked varsity softball team. Ms. Connell graduated second in her class from Belmont University College of Law in 2017.