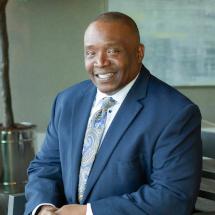 Mr. Tucker was inducted as a Fellow of the College of Workers’ Compensation Lawyers having been determined to be one who has devoted a long and distinguished career to the practice of workers’ compensation law in accordance with the highest of ethical and professional standards.  Martindale-Hubbell, one of the largest and most comprehensive source of lawyer ratings in the world, awarded Mr. Tucker the highest possible rating, which is an “AV Preeminent” rating. The “A” portion indicates the highest possible rating for legal ability, while the “V” portion indicates adherence to the highest standard of professional conduct.

Mr. Tucker is currently serving on the Board of Directors for the 100 Black Men of Middle Tennessee, having previously served as Board Chairman.  Mr. Tucker has produced a number of seminars and events on workers’ compensation for various clientele including the Tennessee Self-Insurer’s Association.  He is also a member of the Workers’ Compensation Institute and is an annual presenter at the Workers’ Compensation Educational Conference.  He has served as a member of the Harry Phillips American Inns of Court.  He is a member of the Napier-Looby, Nashville, Tennessee, American, and National Bar Associations.  His current practice concentrates on workers’ compensation cases and insurance litigation throughout the State of Tennessee.