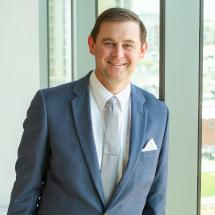 Jeffrey S. Price served as Manier & Herod’s Managing Partner and Chairman of the Executive Committee from 2014 through 2020.  His practice focuses on areas of fidelity law, surety law, cyber risk and liability insurance coverage, D&O and E&O insurance and commercial litigation.  Mr. Price is the immediate past Chair of the Fidelity & Surety Law Committee of the American Bar Association (2021-22).  In 2022, he was elected to the Section Council for the Tort Trial and Insurance Practice Section of the ABA and will serve a three year term in that capacity (2022-2025). Mr. Price received his bachelor of science, magna cum laude, from Gardner Webb University in Boiling Springs, North Carolina.  Mr. Price received his Juris Doctor, summa cum laude and Order of the Coif, from the University of Tennessee College of Law.  During law school, Mr. Price was a member of the Tennessee Law Review.  Mr. Price is admitted to practice in all the courts of North Carolina and Tennessee as well as a number of federal courts and courts of appeal throughout the United States.  With the assistance of other members of the firm who are admitted in other jurisdictions, Mr. Price is able to provide support and representation to his clients in jurisdictions throughout the United States.

Mr. Price has been with Manier & Herod since 1999 focusing on providing support, counsel and advocacy for insurers and sureties throughout the United States.  His experience allows him to address many diverse issues and circumstances on behalf of his clients.  While his primary objective is to assist the firms’ clients in developing effective and creative solutions to their challenges and issues without the necessity of significant expense or protracted litigation, Mr. Price has the experience and commitment to utilize the judicial system or private dispute resolution venues to assure that the client’s interests are protected and advanced.

Mr. Price is a certified mediator in North Carolina and his application for Rule 31 Mediator certification is pending in Tennessee.  Mr. Price serves as mediator for a range of civil matters, with specialty in construction, insurance coverage, and business litigation disputes.  Mr. Price is a member of the American Bar Association, Tennessee Bar Association, and the Nashville Bar Association.  Mr. Price is AV Rated by Martindale Hubble.  Mr. Price is actively involved in many industry organizations and meetings.  He is the past Program Chair and current Social Chair for the National Bond Claims Association.  Mr. Price has been the Program Chair for many surety, fidelity and cyber risk programs including the national cyber risk program presented at the Surety and Fidelity Law Committee of the American Bar Association’s annual meeting in Washington, D.C.  Mr. Price has been a speaker, chair, and/or author of dozens of publications focusing on topics relevant to his surety, construction and insurance clients.