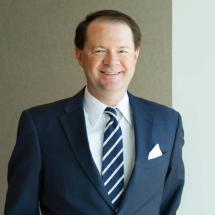 Mr. Wear has been with Manier & Herod since 2004, focusing on providing support, counsel, and advocacy for insurers and sureties. He has represented insurers and sureties in large and small disputes, and his practice includes litigating or otherwise handling numerous disputes with the FDIC and other governmental entities.  While his primary objective is to assist the firm’s without the necessity of significant expense or protracted litigation, Mr. Wear has the experience and commitment to utilize the judicial system (or private dispute resolution venues) to protect his client’s interests.