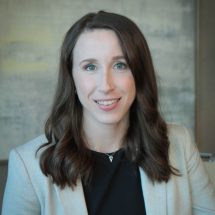 During law school, Ms. Ward served as a student attorney with the law school’s Advocacy Clinic where she represented juvenile clients. In her second year of law school, Ms. Ward competed in the law school’s moot court competition where her team placed second and received recognition for their brief writing. As a first-year student, she was recognized by the Tennessee Supreme Court as a Law Student for Justice for providing over 100 hours of pro bono service. In addition, Ms. Ward interned for the Tennessee Justice Center in Nashville, Tennessee and the Appellate Division of the U.S. Attorney’s Office for the Eastern District of Tennessee.